Despite the many difficulties in its long history, Armenia has managed to create wealth embodied in the cultural survival. The first kingdoms to the invention of the Armenian alphabet through the Christianization of the country took advantage of every event as a tool or cultural inspiration of their work.

The Armenian art was deeply influenced by the culture of Armenia, its long history and diverse geography.

Since prehistoric times, Armenia was one of the first centers of the work of bronze, iron, silver and gold. Excavations at the site of Karma-Urartian Blur led to the discovery of many household goods, furniture and ornaments of military equipment, vases, jewelry, medallions and amulets.

The art of embroidery and carpet weaving, braiding, lace, the production of pottery, ceramics, jewelry marked the Armenian art in different periods of its history.

The adoption of Christianity as state religion (301-313) and the creation of the Armenian alphabet (404-405) are the two major events around which we can articulate a history of Armenian art: an art of the pagan sixth century BC. BC to fourth century AD, and Christian art from the fourth to the eighteenth centuries. In this context, the religious Christian Armenian artistic genius blossomed fully in areas as diverse as architecture, literature, manuscript illumination, sculpture, painting, etc.. 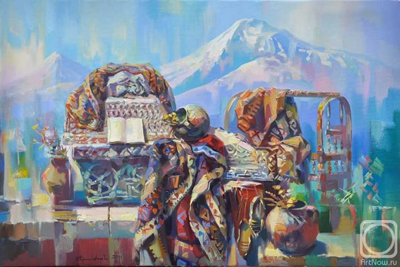 Armenian architecture, a wealth of Armenian culture, has a special place in the international architecture.

During the period of Urartian Armenian history (9th to the 6th century BC), the architectural traditions of Armenia have developed and improved. It recognizes Urartians particular expertise in development of cities (Biainili, Tushpa, Argishti, Erebuni), construction of palatial complexes and design of their rich interior. Traditions of urban architecture, and other art forms of the pre-Christian Armenia, experienced a new impetus under the influence of Hellenistic and Roman art. The temple of Garni is the only remaining pagan monument in Armenia today.

Armenia experienced a new phase of development with the adoption of Christianity as state religion in 301 AD, retaining all its old traditions.

In the early days (6th to 7th century), religious architecture produced many basilica domes. Armenian architecture created a national style with the building of the cathedrals of Echmiadzin, Ererouk of Hripsime, Zvartnots and the monastery of Geghard. 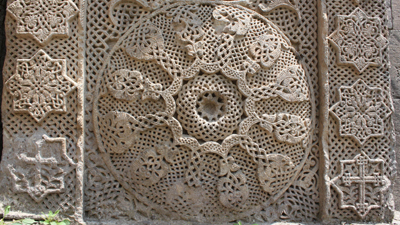 An outstanding manifestation of the Armenian medieval art monuments are called khachkars (cross-stones) once present on the entire territory of historic Armenia, they are the descendants of a lineage dating back to the standing stones, like those of Zorats Karer and vishap stones ("dragon" stones).

After conversion to Christianity, the symbol of the wooden cross of the new faith was erected in many Armenian sanctuaries. The first attempts to replace the wooden cross by a stone cross appear between the fourth to seventh centuries. These stone crosses are used for many purposes: to mark a military victory, commemorate a historic act, celebrate the completion of the construction of churches, fountains, bridges, etc..

Since November 17, 2010, the art of Armenian stone cross, symbolism and expertise of Khachkars, is on the list of intangible cultural heritage of humanity by UNESCO.

Armenian literature itself grows parallel to the poetry of that country. The two are closely related. In its history, there are several golden ages and several literary movements: the historiography of the fifth century, the poetry of the 10th to 14th centuries, and the "Armenian Literary Revolution" of the 19th century.

When Armenia became Christian, and when it invented its own alphabet - in 405 by the monk Mesrop Mashtots - Armenian literature began to develop. In the fifth century, this literature was in the form of historiography: Moses of Khoren wrote a masterful history of Armenia, the history of his country until nowdays. Meanwhile, Agathangeghos also wrote a History of Armenia.

During the Middle Ages in general, Armenian literature was little known. But from the late tenth century, novels, and especially poetry, grew considerably. Gregory of Narek (Krikor Narekatsi) has a great reputation. All these writings are influenced by religion.

Literature in Armenia, during the Renaissance and the seventeenth and eighteenth centuries, was scarce. The nineteenth century produced a kind of "Armenian Literary Revolution" (Raffi, Tumanyan, Demirdjian). The novels were more like apologetic or panegyrics, the authors used the current Armenian stories, as they were free thinkers. Above all, most of the novels of that time were in Armenian. Later on they modernized considerably and currently, Armenian literature and poetry are fairly abundant. 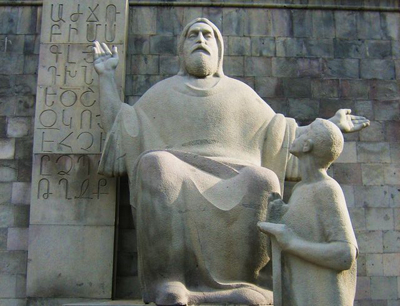 Through its various geographical locations and different influences throughout its history, Armenia has made a long musical tradition of folk music, religious, classical and more recently, jazz and rap.

Armenia has very rich folklore, dances. Folk music is played by achoughs, equivalent of bards, minstrels and other troubadours of the Middle Ages, popular storytellers who went from village to village to spread the word inherited from the former, with or without musical accompaniment.

The traditional musical instruments are "kamancha", "tar" and "santur". Nevertheless, if the instrument widely appreciated which makes one feel the soul of Armenian music, is the duduk, a woodwind instrument made of apricot tree. The sound of dark and soft music creates an atmosphere still recognized as nostalgic. In its traditional form, it is usually played in pairs, the first duduk plays the melody and the second one holds the fundamental mode (the dam). Two duduks and the Dehol form a trio enjoyed in Armenian music. Currently in Armenia, the most famous performers are Djivan Gasparyan, Vatche Hovsepian, Levon Minassian and Guevork Dabaghian. In recent years, the duduk has become a very popular instrument among composers of film music, and one can find this instrument in the music of the following films: "Mayrig" of Henri Verneuil, "Gladiator" by Hans Zimmer, "From the Air" by Yann Arthus-Bertrand, etc.. 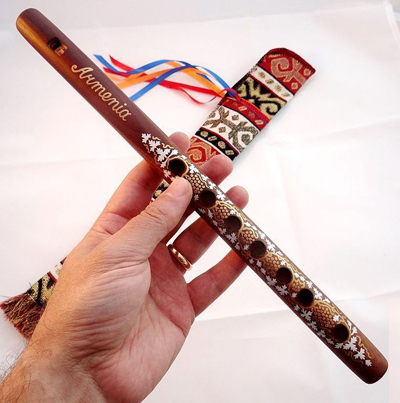 Armenian cinema was born with its first documentary film in Soviet Armenia in 1924. Directed by Hamo Beknazarian "Namus" was the first Armenian silent film in 1926. In Armenia, the silent period lasted for ten years, during which thirty-one feature films, for about forty documentaries, news and thematic papers were created.

The first Armenian sound film was Pepo (1935). It is in Pepo that Aram Khachaturian's music was heard on screen for the first time.

Some Armenian filmmakers, like Levon Mkrtchyan, became known for their documentaries. The Armenian animation cinema has gained a reputation both for its originality and the significant music. The first Armenian animation film appeared in 1937. In 1955 Lev Atamanov produced "The Dog and The Cat".

Sergei Paradjanov is one of the masters of Armenian cinema. With "The Color of the Pomegranate", he strongly influenced the Armenian cinema and especially the clips. Armenia also has some world famous actors and filmakers like Frunze Dovlatian, Arman Manarian, Artavazd Pelechian, Guenrikh Malian, Atom Egoyan and many others.