The main religion in Armenia is Christianity with 94.7% of the total population as followers. According to the tradition this religion was spread over the country by the apostles Thaddeus and Bartholomew in the first century. In 301, the country was the first state to adopt Christianity as its official state religion, when Gregory the Illuminator converted King Trdat III and his court.

Armenia has its own church, the Armenian Apostolic church, the followers of which are the majority of the population. Judaism and Islam are also present in the country but they are weak. The country also has several Catholic and Protestant missioners. Freedom of worship is recognized by the Armenian constitution. It also separates the Armenian apostolic Church from the State. 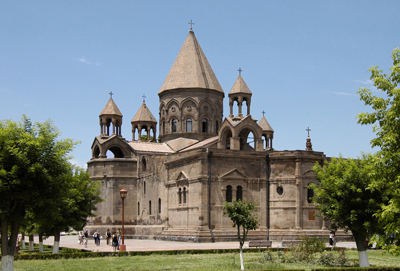